This fall is our 1st Annual 'Minnesota Bombers' Class.  6 Minnesota Kickers and Punters earned a spot on the exclusive 2012 Minnesota ‘Top Bombers’ Specialist Group. Being a "Minnesota Bomber" means that these specialists have been recognized in having great kicking abilities and are some of the Minnesota's Best ‘All Around’ Kickers and Punters for their graduation classes.  They have a bright future as a high school athlete as well as the tools and skill set to play at the college level.

We took some time this fall to get together down at the Minnesota Wing-Commemorative Air Force, St. Paul, MN, and with the help of Michael Much (www.minnesotapreps.com), took some incredible images with the B-25 Bomber-"Miss Mitchell".

I want to take this opportunity to thank everyone for their support in making Special Teams Football Academy as Minnesota's source in training and instruction of the best in high school recruits. I want to introduce the 2012 Class of "Minnesota Special Teams Bombers."

Danny Laudet- Class of 2013- Danny is a special kid with a special talent. He converted from Rugby and Soccer to trying kicking, and he’s making amazing strides as a kicker. Danny has a huge leg and is getting tremendous height on his kicks and punts. He is strong in all 3 aspects of kicking. It has been exciting to see it all come together this fall. Danny is playing at Stillwater High School, Stillwater, MN. With a record of 6-1, Stillwater will be a force deal with come sections in the Suburban East.

Alexi Johnson- Class of 2013- Alexi has really developed into a very accurate kicker and keeps getting better. He’s been getting great height and distance on his kicks and has been a huge asset to his team this year. He was the top kicker last year as a junior and was also named as he 2012 Kare 11 Preseason All Metro Kicker. Alexi is playing at Shakopee High School, Shakopee, MN. Alexi has consistently performed well and the team is presently 3-4.

Wyatt Schmidt- Class of 2013- Wyatt is a great kicker. He has developed into one of the most accurate kickers in the state, and he keeps getting better. He was named the 2012 Kare 11 Preseason All Metro Punter. Wyatt is playing at St. Thomas Academy, Mendota Heights, MN. Wyatt's team is tied at the of the Classic Suburban Conference with a record of 6-1. They will play So .St. Paul this week for the conference title and Wyatt should play a big part to the success of another championship run this year.

Connor Bolduc- Class of 2014- Connor just may be one of the best punters in Minnesota and he’s only a Junior. He’s very consistent and gets great hang time on his punts, which will make his school’s punt coverage very dangerous.  These next 2 seasons will be fun to watch. Connor is playing at Mahtomedi High School, Mahtomedi, MN. The team is presently 4-3 in the Classic Suburban Conference.

Reid Taubenheim- Class of 2014- Reid is an excellent kicker. He’s had a Div 1 type leg as a sophomore and he keeps getting better. He has been an exciting kicker to follow this year, and is a HUGE asset to his team’s kicking game. It’s not too often you get a kicker as polished as he is as a Junior kicker. Reid is playing at Farmington High School, Farmington, MN. At 6-1 they are heading towards a championship season and will take on Shakopee this week in a Special Teams Football Academy highlight game.

Patrick Lecorre- Class of 2015- Patrick is one of the best Sophomore kicker/punters in Minnesota and one of the tops in the US for his grade level. His only game he started as a Freshman last year, he kicked the game winning field goal in the 1st round of the playoffs. He’s one of the hardest working kickers I’ve seen and will only keep getting better. Patrick is playing Edina High School, Edina, MN. Edina is 7-1 this year with a huge win over #1 Eden Prairie, Patrick and his team are set to make a run at State Tournament Championship. 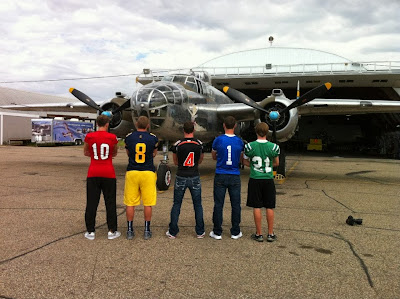 When you are ready to stand out in Kicking, Punting, Snapping, or Kick/Punt Returning—the team at Special Teams Football Academy is here to help!

With a specialized approach to each session, every athlete will improve with this high-level training. When you're ready to find out more about our camps or lessons, please contact us at 651-353-2660 or CoachHusby@Gmail.com.