The first annual Northern Specialist Camp was run January 11, 2014 with 48 kickers, punters and snappers that attended the one day evening event. The camp was held in conjunction with two kicking/punting/snapping businesses in Team Jackson Kicking and Special Teams Football Academy. Coach Christopher Husby runs STFA, whose training primarily covers the North/Midwest and Coach Brian Jackson runs TJK, whose training primarily covers the Southeast. Campers from 4 different states were in attendance (MN, WI, IA and ND) which had a variety of veterans and beginners. There were several guys that need to be on college football teams watch lists and recruiting boards in all the major classes of 2014, 2015, 2016 and 2017! See Camp Videos and Write Ups Below.
The Campers really had a chance to embrace great instruction, guidance and camaraderie with other Professional and Collegiate Specialists at this camp. Our coaching staff members with experience ranging from D2, D1AA, D1A and NFL. Staff Pic below:


With most Specialty camps these days, there are some form of accolades for specialists.  At this camp we will like to give these players a variety of chances to showcase their abilities and improve. A list of awards are below:


There were a lot of campers that performed well at camp. There was also designated periods of camp that focused on instruction and demonstration in which the campers responded well. 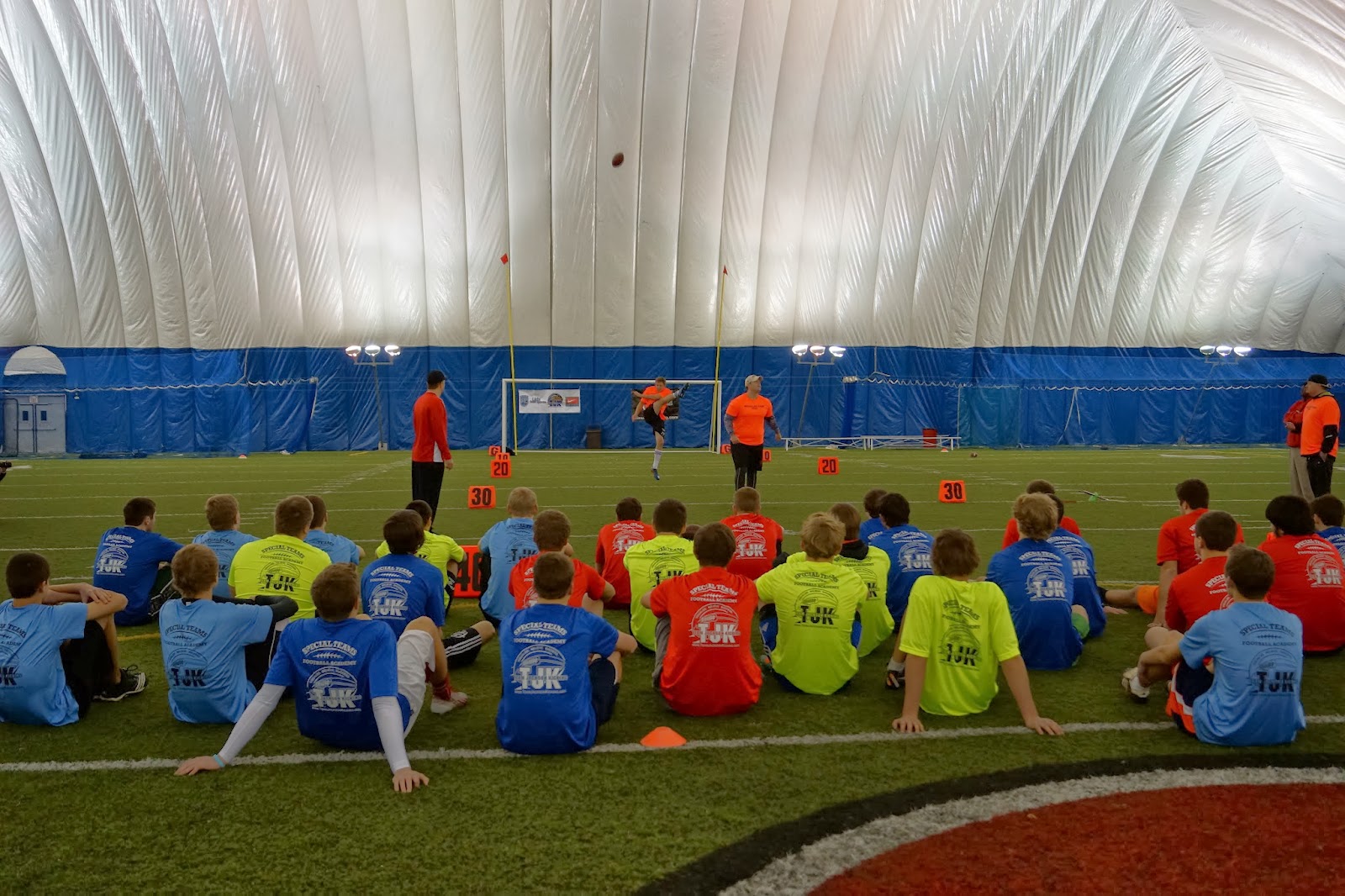 Below were the top 5 overall specialists for each recruiting class and their performance videos: 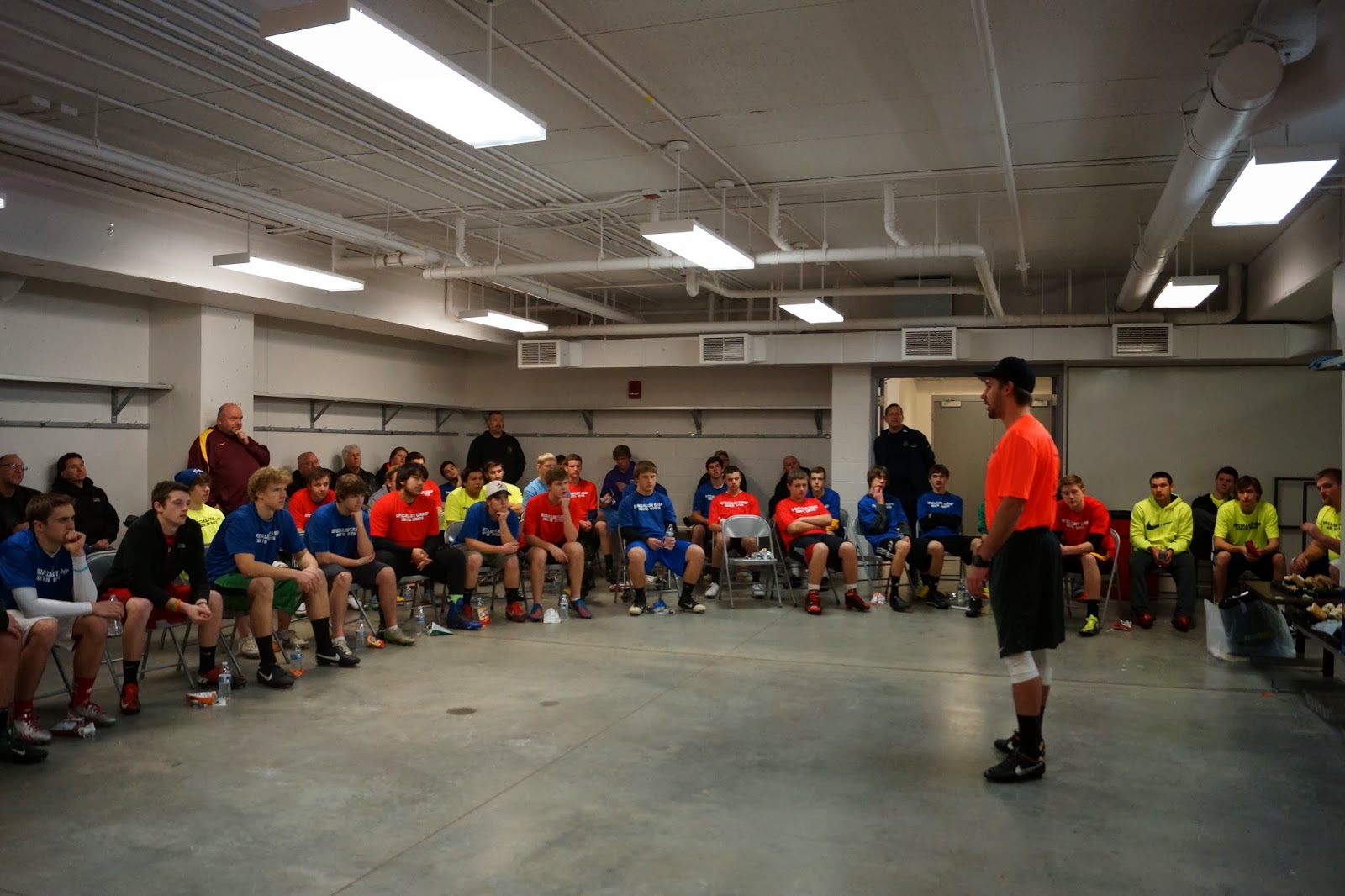 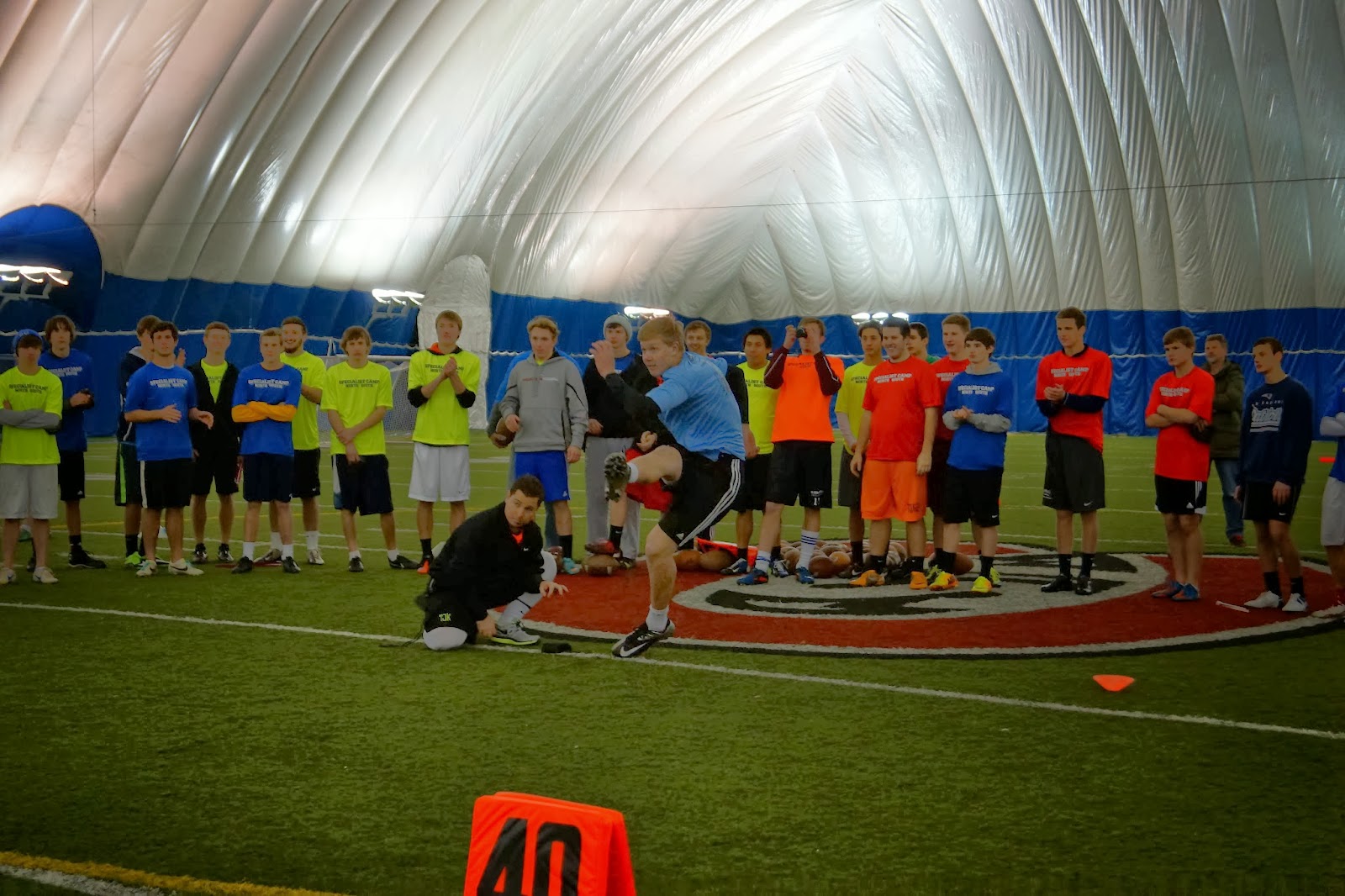 We had a great camp with these young specialists and we look forward to future camps.
To Check out our 2014 Kicking Camps, check out Special Teams Football Academy or Team Jackson Kicking.


For more information on these specialists please contact us! 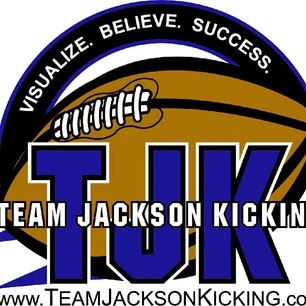 First Ever Kicking Video Workout Shot With A Drone Will Blow You Away!

In this video, we filmed our punting workout with Connor Bolduc of Mahtomedi High School using a GoPro Drone.  Connor is a Class of 2014 Division 1 Punting Prospect.  In this video we wanted to show the significant height he is able to get on his punts.  Over these 10 punts, he averages 45.5 yards per punt with a 4.21 second hang time average.  We wanted to tryout the ever growing popular GoPro Drones first a first ever Drone Kicking Video. Enjoy!

We are looking at adding this option in filming perspective at our upcoming summer camps and clinics.

Posted by Special Teams Football Academy at 10:45 PM No comments: