Congrats to three of our Special Teams Football Academy kickers Danny Laudet, Reid Taubenheim and Patrick Lecorre on getting listed as some of the top rated kickers on National Camp Series.

After a series of kicking camps, several kickers, punters and long snappers had solid results at National Camp Series events all across the continent in hopes of carrying their performances into the football season. 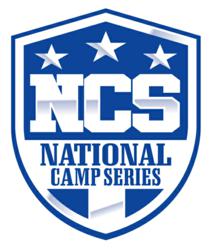 Learn from the Best and Succeed
San Diego, CA (PRWEB) October 07, 2012
After a long summer of kicking camps, several kickers, punters and long snappers had solid results at National Camp Series (NCS) events all across the continent in hopes of carrying their performances into the football season.

High School Specialists from all over the country put up impressive numbers which should help to land them on college radars. Husted says that by utilizing its Kicking IndeX (KIX) Player Rating System, NCS provides an objective evaluation platform for student-athletes who want to showcase their capabilities to colleges and universities for recruiting purposes.

By sorting through over six years of historical event data, the KIX system determines a kicker’s rankings by cross-referencing player data to determine how the athletes stack up against others, both presently and historically.

"The NCS levels the playing field for those who don't want to get caught up in all of the 'politics' that occurs in the kicking industry,” says Husted. “If you can kick, punt or snap, the NCS KIX system will let a young kicking specialist’s skills speak for themselves. No excuses. No explanations."
With college recruiting starting to heat up as we reach the mid season, here are the top rated specialists after strong National Camp Series event performances.

Husted adds the NCS is not just about player rankings, but quality coaching as well.
“NCS Associates are some of the best kicking coaches in the country,” says Husted. “NCS coaches provide the highest quality instruction to high school kicking specialists around the country.”